Think of Elon Musk, and you think of Dogecoin! The reverse is equally true! His tweets about the meme coin are noted across the globe. So are his well-publicized statements about the same, in interviews and the like. He has done for DOGE/dogecoin, what no amount of company-planned advertising has been able to do so far! To know more, click here for profit maximizer platform

Regardless, things are not looking too good for the high-class entrepreneur. He is striving to clear his name in a lawsuit that has been raised against him by a U.S. citizen, Keith Johnson.

The charge is Musk’s supposed involvement in a fraud linked to Dogecoin. The fraud is titled Dogecoin Crypto Pyramid Scheme. According to the prosecution, the defendants would spread the word that DOGE was a legitimate investment, despite the coin barely having any real value at all.

The idea was to popularize the coin and hike its price. Such an announcement would lead to people rushing to become stakeholders. Thus, Tesla and SpaceX would profit. Tesla is an electric car company, while SpaceX harps on space tourism. Elon Musk occupies the role of CEO, for both companies.

The lawsuit insists that the company pay $258 towards Dogecoin-related claims.

Keith Johnson is not fighting only for himself. He is keen to ensure that other sufferers add their complaints to the lawsuit. They include everyone, who lost their earnings to investments in Dogecoin, since 2019.

It is why he insists that $86 billion go towards damages. The remaining $172 billion should cover triple damages. This is Johnson’s first demand.

His second demand is that legal action is initiated against Elon Musk. As he requests, the court must send out an order that prevents the entrepreneur from promoting DOGE on any platform. It is, after all, the largest and most famous meme coin in the world. Therefore, people pay attention to a globally-renowned figure talking about it. It is evident from the responses that his tweets receive on Twitter.

The third demand is that Dogecoin trading should be viewed as akin to gambling, a serious offense under federal and state law.

Elon Musk’s fascination with Dogecoin encouraged him to declare that people could purchase any kind of merchandise from Tesla with DOGE tokens. Soon enough, they would be able to buy merchandise from SpaceX, too. Naturally, Dogecoin’s worth and the price went up.

People’s belief in the coin is strengthened by the fact that Elon Musk is a billionaire, and that he is a keen stakeholder of DOGE coins/tokens. Currently, he is negotiating a deal to purchase Twitter, his favorite sounding board for DOGE. This has only increased investors’ interest in purchasing the coin, regardless of price. Thus, it seems as if the world’s interest and curiosity in this meme coin is never going to lessen!

A few days ago, Musk even tweeted that he would continue to support DOGE, regardless of the lawsuit launched against his company and him. The billionaire’s support caused DOGE’s price to go up by 11%. While other coins suffered the adverse effects of a bearish crypto marketplace, DOGE’s price went from $0.052 to $0.058.

Musk has his reasons for favoring DOGE. He believes that Bitcoin does not serve as a healthy substitute for transactional currency. Instead, Dogecoin is a better choice. Even at a space level, it shows itself as a store of value. Additionally, Bitcoin does not display-worthy transaction volumes daily, as Dogecoin does. Above all, Bitcoin’s transaction charges are high, while DOGE’s fees are affordable.

Is DOGE a Good Investment?

There is no denying that Dogecoin has outperformed several cryptocurrencies over the last couple of years. In fact, many investors were thrilled to label it as the best digital currency under $1. Regardless, skepticism still abounds about whether it can prove to be a good investment or not.

Experts believe that the coin cannot keep up an upswing going for a long term, as many other coins do. It has survived thus far, due to ongoing hype and awareness created on social media and mainstream media platforms. However, in their absence, the token has not managed to perform too well. Therefore, risk-seeking investors had better go for it, rather than risk-averse ones.

While Other Companies are Downsizing, Kraken is Hiring

Why Liquidity is Important When Trading Cryptocurrencies 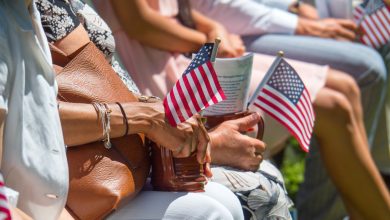 How to Become an American Citizen: An Immigrant’s Guide 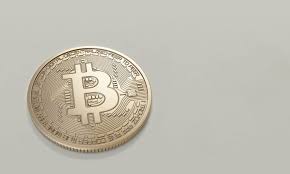 Should I Accept Bitcoin As A Small Business Owner? 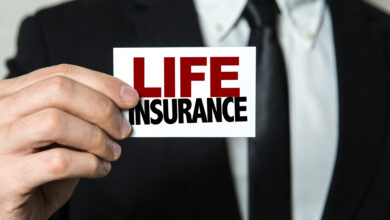 Capturing the Cash Value in Life Insurance: Everything You Need to Know