It wasn’t that long ago when the DevOps movement was in its infancy and the cloud was just starting to gain traction. Back then, the two were largely seen as separate entities, with DevOps being used primarily on-premises and the cloud reserved for larger enterprises. But times have changed.

Today, DevOps is widely recognized as a key enabler of cloud adoption, and the two are now seen as inseparable with organizations now adopting multi cloud DevOps.

This is due in part to the fact that DevOps brings many of the same benefits to the cloud as it does to on-premises environments, such as increased agility, faster innovation, and improved collaboration.

But while DevOps has become an essential part of the cloud journey for many organizations, there are still some who view the two as separate entities. In this article, we’ll take a look at the history of DevOps and the cloud, how they’ve come together, and what the future holds for them.

The Early Days of DevOps

DevOps can trace its roots back to the early 2000s when it was first coined by a group of developers working at the company, Mission Critical Software.

The term “DevOps” was first used in a 2010 conference paper titled, “Agile Infrastructure,” which described DevOps as “a cross-disciplinary community of practice dedicated to the study and promotion of rapid evolution of enterprise IT systems.”

At its core, DevOps is about improving the efficiency of the software development life cycle by automating repetitive tasks and establishing communication and collaboration between developers and operations teams.

One of the earliest adopters of DevOps was Amazon. In 2007, the company launched a new online service called Amazon Elastic Compute Cloud (EC2).

EC2 was a game-changer for the company as it allowed them to quickly provision and scale compute resources on demand. This was a major departure from the traditional way of doing things, which involved long lead times for hardware procurement and months of waiting for new servers to be delivered and set up.

With EC2, Amazon was able to launch new services and features much faster than before, which was a major competitive advantage.

To support the growing number of EC2 instances, Amazon developed a set of automation tools that would later become the basis for its DevOps platform, AWS CodePipeline.

AWS CodePipeline is a continuous delivery service that helps developers automate the software release process. It allows them to easily model, visualize, and codify the release process, which makes it easy to set up and manage complex pipelines.

The service is also highly scalable, which is critical for Amazon’s business as it needs to be able to support the company’s rapidly growing number of customers and services.

AWS CodePipeline is just one of the many services that make up the AWS platform. Other notable services include AWS CodeDeploy, AWS Lambda, and Amazon Simple Storage Service (S3).

These services are all designed to help developers automate key parts of the software development life cycle, which has helped Amazon become one of the most efficient and agile organizations in the world.

The Cloud and DevOps Today

Today, the cloud is used by many businesses for various purposes, and it is an essential part of the DevOps toolchain for many organizations.

This is due in part to the fact that the cloud provides developers with on-demand access to resources that they can use to quickly provision and scale applications.

The cloud has also made it possible for organizations to adopt a microservices architecture, which is a key enabler of DevOps.

Microservices architecture is a software development technique that decomposes a monolithic application into smaller, independent services. This approach has many benefits, including improved modularity, flexibility, and scalability.

It’s also worth noting that the cloud is not just about Amazon. There are many other providers, such as Microsoft Azure, Google Cloud Platform, and IBM Cloud.

These providers all offer their own set of tools and services that can be used to build, deploy, and scale applications in the cloud.

The Future of DevOps

The future of DevOps is likely to be defined by the continued adoption of cloud-native technologies and practices.

As organizations move more of their applications and workloads to the cloud, they will need to adopt a cloud-native approach to DevOps in order to achieve the same level of efficiency and agility.

Cloud-native DevOps is a set of practices and tools that are designed specifically for the cloud.

It takes advantage of the unique properties of the cloud, such as elasticity and scalability, to help organizations achieve their desired outcomes.

The adoption of cloud-native DevOps will be essential for organizations that want to stay ahead of the curve and remain competitive in the future.

The cloud has had a major impact on the way that DevOps is practiced today. It has made it possible for organizations to adopt a microservices architecture, which is a key enabler of DevOps.

The cloud has also made it easier for developers to automate key parts of the software development life cycle, which has helped Amazon become one of the most efficient and agile organizations in the world.

Today, the cloud is an essential part of the DevOps toolchain for many organizations. As organizations move more of their applications and workloads to the cloud, they will need to adopt a cloud-native approach to DevOps in order to achieve the same level of efficiency and agility.

Your Guide to Business Security Systems, and How to Choose Between Them

5 Business Processes That You Should Outsource To Become More Efficient. 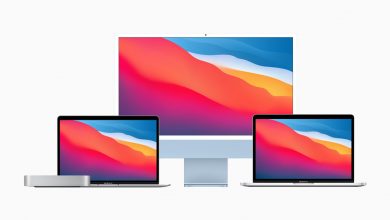 Why Apple Macs Are So Loved By Designers And Artists 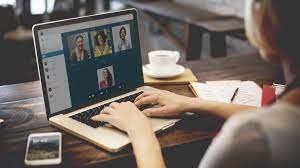 How Should You Communicate To Customers Who Are Bored Of New Technologies? 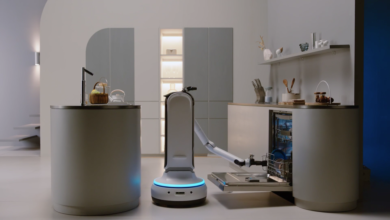 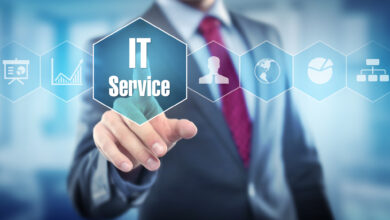