Is your home security good enough? With smart homes becoming the new trend, you might

have to pay attention to cybersecurity more than the physical one. Having alarms and locks

installed means nothing if the main devices can be hacked.

Imagine coming home from work to an empty apartment. The first thing that comes to your mind

would be to call the police and check the doorbell camera. However, no one enters or leaves

when you play the recording or the timeslot when the break-in has been deleted.

A hacker has physically robbed you. That’s not something that a lot of people are used to

hearing. Usually, criminals stick to one trade. They either rob people physically, or they hack

them from a distance. Well, a new breed of cybercriminals is entering the mix.

security systems like locks, doorbell cameras, and TVs. All of these have critical or highly

severe vulnerabilities. Firstly, they’re connected to your home Wi-Fi router. If you have a weak

password or someone knows your IP, they can be exploited easily. Secondly, they’re connected

to the internet of things network, making them even less secure.

Here’s what happened. At least one of your devices wasn’t secure enough to fend off hackers.

That mainly happens from not using a VPN. You leaked your IP address online, or your

When the hacker takes control of one of your devices. When no matter the case they invade,

they soon have access to everything else. After watching you for a week, the hacker decided to

They came to your apartment, knowing that you were at work and no one was home. They

turned off the doorbell camera and opened the smart lock mechanism through your Wi-Fi. When

they left, they locked it again and enabled the camera.

How to avoid the same scenario from ever happening again?

Even though there are loads of security issues with smart homes, that doesn’t mean you can’t

avoid them. If that were the case, then no one would produce them in the first place. There are

The first line of defense is your router. If a hacker gains access to the router, they can see the IP address of every device that’s connected to it. You don’t want that to happen. The only way to

protect your IP information from leaking is to use a VPN. There are multiple layers of protection

that bounce the info through several servers by using high-tech encryption.

On top of that, you should also change the default password. Using a long-phrase with

uppercase and lowercase letters, numbers, and special characters is best. Remember, the

longer the password, the harder it is to break it.

Why buy a branded smart lock when you can order one from China for less than ten bucks?

This kind of thinking could get you in a lot of trouble. There’s usually a catch when something is

selling for a low price.

standards. There are thousands of untested smart tech devices that are easy to hack. Plus,

check whether the company has made similar devices in the past.

everything connected to the internet. That’s true about every sector, including government,

healthcare, and banking. The two largest hacking organizations are battling it out because of the

current conflict between Russia and Ukraine. You don’t want to be caught in the crossfire.

data to the world. Read the documentation, use a VPN, change passwords regularly, and don’t

buy cheap copies. That way, you can avoid coming home from work to an empty apartment or

Major Science Fiction Technologies That Have Become A Reality

How to Support Someone Through Drug and Alcohol Addiction Recovery? 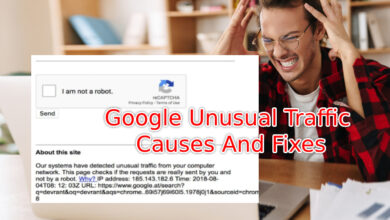 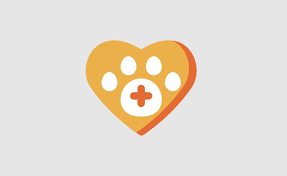 Customized Coverage Options That Offer a Peace of Mind and Affordability

How to move your furniture and unpack it properly