People experience depression in different ways. Sometimes, a person may overcome depression, but then it returns, and sometimes, it feels like it will never go away. Some people only experience rare episodes of depression, while for others it may turn into a lifelong struggle. This article contains a guide on how to use essential oils for depression.

Let’s consider depression in more detail and think of the factors that impact its duration and severity.

Does Depression Go Away?

The truth is that depression is a real mental health disorder that has a lot to do with hormonal imbalance. Depression can have a significant impact on one’s quality of life, self-esteem, and even physical health. Severe depression may also lead to self-harm and suicide, which makes it very dangerous.

Nevertheless, depression can go away after treatment, which may involve major depressive disorder medication, online talk therapy, and various self-care practices. The right treatment depends on many factors so it’s impossible to come up with a one-size-fits-all approach that would help everyone overcome depression of any severity.

A lot depends on a particular person’s lifestyle, as it can either help overcome depression quicker or worsen the symptoms. Even if your depression isn’t severe, but you keep asking yourself, “Why am I so sad?” then the right solution is to talk to a professional.

The thing is that major depression is a highly recurrent disorder, which means that people who’ve experienced one episode are likely to have more episodes in the future. In fact, at least 50% of people with depression have recurrent episodes.

Depression consists of episodes, just like some physical illnesses, such as arthritis or multiple sclerosis. When talking about depressive episodes, psychologists refer to symptoms of depression that don’t go away for two weeks or longer.

Depressive episodes can be more or less severe, and their length may also vary. The recurrent nature of this disorder makes timely treatment very important. When left untreated, depression can get worse over time, interfering with one’s personal and professional life.

So, can depression go away? The short answer is yes, people with major depressive disorder may also experience a full or partial remission, with their symptoms becoming less severe or disappearing completely. However, there is still a probability of having recurrent episodes in the future.

Research data shows that the risk of having recurrent depressive episodes depends on several factors:

The good news is that, even if you have high chances of recurrent episodes, proper treatment can minimize the probability of having them and help you manage your symptoms.

Why Depression May or May Not Go Away On Its Own

So, we’ve already mentioned that the duration and severity of depression depend on different factors. Let’s consider them in more detail.

The type of depression

There are different types of depression, and some types of this disorder may last longer than others. For example, many women experience depression during pregnancy, and in this case, the symptoms often improve after childbirth.

Some people also experience seasonal affective disorder that may peak during winter and ease once the weather gets warmer. When a person is diagnosed with persistent depressive disorder, however, this means that they’ve had depression for at least two years.

The severity of symptoms

The likelihood of remission also directly depends on the severity of symptoms. When having episodes of mild depression, it can be possible to ease the symptoms by changing lifestyle and talking to a therapist.

When it comes to changing the lifestyle, it might mean sticking to a healthy sleep schedule, changing diet, doing breathing exercises, practicing mindfulness, meditation, yoga, or using positive affirmations for depression. These practices alone, however, may not deliver the desired results if you don’t combine them with therapy.

There are several types of psychotherapy for depression, and a licensed therapist can suggest what is most likely to help you. For instance, cognitive behavioral therapy has proven to be effective in treating depression by changing thinking patterns that lead to negative emotions.

Severe cases of depression may also require treatment with major depressive disorder medicationthat can help restore the hormonal balance. No matter how severe the symptoms are, the good news is that 80% to 90% of people who receive proper treatment notice improvements.

If you experience severe depression and consider self-harm or have suicidal thoughts, please immediately contact the National Suicide Prevention Lifeline.

Given that there are different types of depression, it’s no surprise that it may also have different causes. For instance, one may experience depression as a result of temporary stressors, and in this case, the symptoms may improve significantly or disappear once the person is no longer exposed to these stressors.

However, depression may also be rooted in physical health issues. For instance, depression may be a result of premenstrual dysphoric disorder, and some women who recently gave birth experience postpartum depression.

Talking to a licensed therapist can help you figure out what caused your depression, determine its type, and learn what kind of treatment is most likely to help you.

Depression is a very common mental health problem. Some people experience short-term depressive episodes, while others may struggle with depression for many years.

One of the most common questions among people with depression is, can depression go away? The answer depends on many factors, including the type and causes of depression, the severity of symptoms, and various risk factors.

Sometimes, symptoms of depression may disappear after a while, but it’s important to keep in mind that there is a high probability of new depressive episodes occurring in the future. Therefore, if you cannot figure out why you’re feeling blue all the time, the best solution is to do depression screening.

Major depression is a highly treatable disorder, and the treatment process may not even involve medication. For instance, cognitive behavioral therapy has proven to be effective in treating many types of depression, and a great thing about it is that it can be delivered remotely so you won’t even need to commute to a therapist’s office.

Online therapy platforms like Calmerry allow you to talk to a licensed therapist from virtually anywhere so online therapy is a great solution for those who don’t have much time for traditional in-person sessions. You can learn more about therapy to prepare for your first session and make the first step towards a more fulfilling life.

How to apply for a Singapore visa in Australia

How to Make The Internet Child Friendly?

ProDentim Reviews – Does It Really Work or Scam? 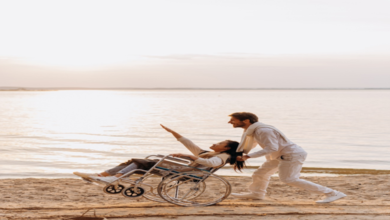 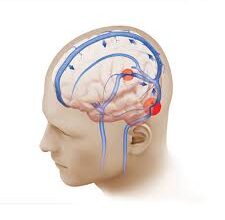 What is Pulsatile Tinnitus? 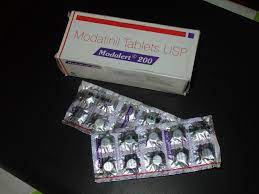