A market’s liquidity can be defined as the ease with which an asset can be converted into cash with a minimum or no loss in value. In simple terms, it refers to the speed with which an asset can be traded for its cash equivalent. The characteristic with which a security can be sold without having its price reduced on the open market is known as the speed of sale. Usually, when you buy or sell liquid security, you will see less slippage between the asking price and the bid price because the market is more liquid. So, in general, larger and more established markets have higher liquidity because market liquidity is directly related to their size.

The lack of liquidity in the market can be caused by various factors, but decreasing buyers and sellers or high transaction costs are the most common. When people are unwilling to buy or sell assets, they cannot participate in transactions, resulting in the inability to sell your asset at the asking price or buy it at the bid price. When considering trading volume, the cost is also essential. So, if transaction costs (such as the spread) increase, market liquidity will decrease since people will not be willing to purchase or sell at these given rates out of fear of losing capital. It should also be noted that your country’s digital currency markets may be regulated differently, which significantly can affect transaction costs.

Market liquidity can be calculated using either the turnover ratio or volume. The turnover ratio is calculated by dividing the total sales of all stocks in a market or portfolio by the market’s average basic capital during 12 months. The volume of a securities or a market refers to the total number of shares, futures contracts, or currency units exchanged during a given period of time. While these techniques can be useful for obtaining information on market liquidity, they do not reveal anything about how simple it will be for you to interact with your assets. As a result, instead of being implemented as accurate measurements, they are more frequently used as benchmarks (high/low) for comparison.

It is advantageous to trade in a liquid market since it allows you to enter and exit your positions on your own terms. Liquidity is critical since it allows you to enter or exit a position at a price that other investors will accept. If there is no liquidity, you will have difficulty buying or selling. When this happens, you may be forced to close your position quickly, resulting in significant slippage. Consequently, any market you transact in must have adequate liquidity for your assets to maintain their value. Furthermore, it is essential to note that different types of assets vary significantly in terms of their liquidity; some markets may be relatively illiquid, whereas others might be highly liquid. The level of liquidity can also fluctuate dramatically over a single day and even over one week.

The goal of quantamental tool kits finance is to find an edge in investment decision-making by exploiting the laws of physics. By understanding and harnessing the strange properties of quantum mechanics, practitioners hope to gain an advantage over more traditional methods.

FX liquidity providers are middlemen who buy and sell assets to profit from price differences. Due to the fact that market liquidity is largely dependent on how active these intermediaries are, high levels of participation may result in prices that remain relatively low despite changes in demand. This is due to the fact that if there are numerous participants, each investor will have a negligible effect on the market as a whole.

Due to a lack of buyers and sellers willing to buy at your prices or sell at your bids, trade volume will plummet if liquidity providers are absent. Because there aren’t enough buyers and sellers in the market, transaction costs (like the spread) can eventually also rise significantly.

Since liquidity is low in this type of market, slippage is much more likely to occur when entering or exiting positions. Consequently, in order to minimize transaction costs and volatility, the best liquidity providers must maintain high levels of participation.

As we mentioned earlier, liquidity providers in Forex make a profit by buying and selling assets at prices that differ from those of the market. Volatility increases the opportunities for quick trades, which allows them to maximize their profits. It should be noted, however, that volatility may also lead to greater levels of slippage, which may ultimately result in increased transaction costs that reduce the overall profitability of this strategy. Furthermore, Forex liquidity providers are capable of profiting from price trends since they provide liquidity to both the bullish and bearish sides of an asset’s range of price movement.

A market’s liquidity is one of the most important elements when it comes to entering and exiting positions. Consequently, the liquidity of the assets you transact plays a significant role in determining whether or not holding them will be profitable. In order to ensure that their assets maintain their value over time, investors are advised to invest in markets with adequate liquidity. Because stocks and currencies have high liquidity, too much slippage is simply impossible due to transaction fees since they are sold and bought quickly and readily. 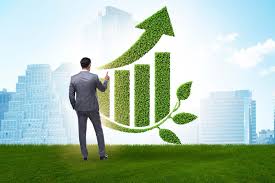 Understanding The Ins and Outs of Building a Sustainable Investment Portfolio Ways to Monitor the BTC to USDT Price 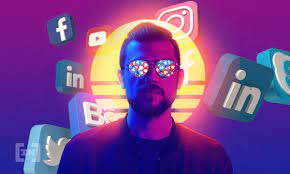 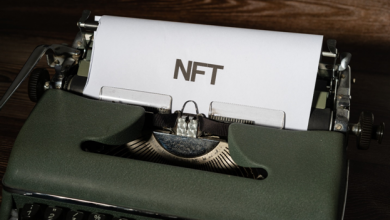 What to Keep in Mind When Developing an SEO Strategy for your NFTs Website?