The World Series of Poker is a global phenomenon that attracts players from all corners of the world. While many people think of poker as a game of chance, the truth is that it’s a complex game that requires skill, strategy, and lots of practice.

GGPoker is the world’s largest poker room and is also one of the best places to learn about the World Series of Poker. They also offer a wide range of WSOP online events, including satellites and qualifiers, as well as a variety of special promotions and freerolls.

This blog post will explore some mind-blowing facts about the WSOP that will help you understand why it’s so popular. Stay tuned!

It is the longest-running poker tournament worldwide.

Founded in 1970, the WSOP has been held every year since its inception. Over the years, the tournament has grown in size and prize money, attracting some of the biggest names in poker. The WSOP has also been televised in recent years, increasing its profile.

The WSOP is open to anyone over 21 and typically attracts around 6,000 players. The tournament winner takes home a massive cash prize and the coveted WSOP bracelet. The World Series of Poker is truly the pinnacle of professional poker tournaments.

It has a substantial global following.

Players and fans from all corners of the globe descend on Las Vegas yearly to participate in the event, which typically runs for more than a month. The WSOP has been held annually since 1970 and has grown steadily in size and scope over the past 50 years. Today, the tournament features more than 100 different events, with buy-ins ranging from $100 to $100,000.

The Main Event is the centerpiece of the WSOP, and a Texas Hold’em game with a massive $10,000 buy-in and a first-place prize exceeding $8 million in recent years.

The WSOP has been considered the biggest and most prestigious tournament and regularly attracts players worldwide.

Thanks to its extensive global following, the WSOP is now widely considered to be the most prestigious poker tournament in the world.

The WSOP offers millions of dollars in prize money each year. While the main event is open to anyone who can buy a seat, there are other ways to enter using the WSOP app. Players can also win their way in through various satellite tournaments or by winning online events. Regardless of how they qualify, all players have a chance to win a share of the massive prize pool.

In addition to the cash prizes, the WSOP also offers players the opportunity to win prestigious bracelets. These bracelets, made from real gold, are awarded to the winners of each event and are highly coveted, non-monetary prizes by poker players worldwide.

Pro Tip: If you’re looking to take your game to the next level, GGPoker offers an exclusive Masterclass series taught by some of the world’s best poker players.

Celebrities compete, elevating the following of the tournament.

Every year, hundreds of thousands of poker players from all over the world descend on Las Vegas to compete for a chance to win the WSOP main event.

While most participants are relatively unknown amateur players, the WSOP attracts its fair share of celebrities and professional athletes. In recent years, actors like Matt Damon and Ben Affleck have participated in the main event.

While they may not always be the best players at the table, their celebrity status often guarantees a large following of fans. Ultimately, whether they win or lose, their participation helps to raise the profile of the WSOP and bring poker to a broader audience.

One of the most followed televised sporting events worldwide.

The main event’s final table is one of the world’s most watched televised sporting events. Millions of people tune in to watch the best poker players in the world compete for the first-place prize. The final table is usually a two-day event, and it is broadcast live on television.

With the rise of the digital era, live streaming of this event on online poker sites has gained popularity, often including commentary and analysis from expert poker players. It has been an exciting event for both poker fans and casual observers, having the chance to see the best players in the world compete for a huge prize and learning about the game of poker.

Poker is a global phenomenon for many reasons, but the five mind-blowing facts we’ve listed here are some of the most compelling. Whether you’re a poker fan or not, it’s hard to deny that this event has something special that keeps people coming back year after year.

If you want to see what all the frenzy is about, sign up with GGPoker today and experience the excitement firsthand. Who knows? You might even become the next World Series of Poker champion!

The 7 Best Divorce Meetup Groups of 2022

How to get started with sports betting? 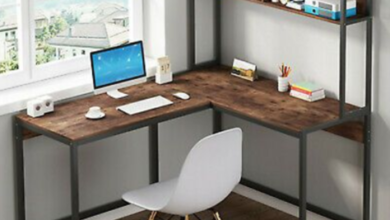 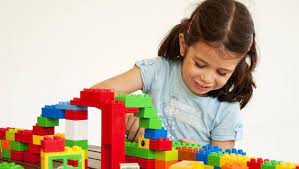