God of War: Ragnarök, the sequel to 2018’s phenomenally successful soft reboot made by Santa Monica Studio, has captured the attention of fans and industry professionals alike since its reveal at the 2021 PlayStation Showcase last month. As the Norse arc of Kratos’ story draws to a close, fans are expecting the sequel to answer a slew of unanswered concerns. In the meantime, gamers can replay the original God of War on their PS5s to recall some of the details of the game, which even found its place on slots of casino sections of online bookmakers (which are rated high here in the number of games of chance on offer, aside from offering sports betting markets).

Here are some of the biggest hints about what is coming in God of War: Ragnarök (still an unofficial name)…

The Birth of the World Serpent

The World Serpent, the huge snake that wraps itself around all of Midgård, is actually from the future, which astonished us. According to Mimir, the Serpent was sent back in time after fighting Thor during Ragnarök, a conflict so ferocious that it shattered time and space, throwing the serpent into the distant past before it was born. The World Serpent is unlikely to have been created by the time Kratos and Atreus embark on their quest, but that is presumably because Atreus is Loki.

Loki is not just Thor’s brother and the son of a deity and a giant in Norse mythology; he is also the father of the World Serpent. It is possible that we will meet Atreus’ scaly child in Ragnarök if God of War: Ragnarök’s rendition of Norse mythos preserves this aspect of Loki’s character. Atreus and the World Serpent have a weird relationship. According to Mimir, the huge snake notices something familiar about Atreus the first time they meet, as though they have met previously.

The Return of the Giants

In God of War, the only Giants that players will ever encounter are either dead or a massive snake. However, according to Mimir, the smartest decapitated head alive, the race is not completely lost. When Atreus asked if anyone lived in Muspelheim, the kingdom of fire, Mimir said that the only people who lived there were fire giants who would not return until Ragnarök.

If this is the case, the players of God of War: Ragnarök may have some colossal monsters. Despite the fact that giants are not necessarily huge, the only other elemental giant in the game was Thamur. The ice giant was huge enough to crush an entire community after Thor murdered him, leading to players exploring his corpse during God of War.

Freya Is Free of Her Curse

The debut trailer for God of War: Ragnarök revealed a lot of interesting aspects, but one that was not so subtle involved Freya, who seemed to attack Kratos. After he killed her son Baldur at the end of God of War, it is no wonder that the Goddess wants Kratos dead. It is surprising, though, that she could even slash at him with a sword. Freya and her past are mentioned several times in God of War, notably the portion when Odin cursed her after she left him. The curse that holds her imprisoned in Midgård also bans her from harming any living creature with a spell or a sword.

Clearly, the curse is not valid. It is unclear how Freya accomplishes this, but it will almost certainly happen in God of War: Ragnarök.

Changes Also Occur in the Duration of the Game

David Jaffe, one of the main creators of the God of War series, provided a lot of interesting information on the Internet about the duration of the game itself.

It is true that Jaffe does not participate in the work on the last sequel, but he has contact with the people who participate in it and have more knowledge about it. He learned from them that they aim to make God of War: Ragnarök a game that can last up to 40 hours. Admittedly, Jaffe isn’t sure if it will take you 40 hours to complete just the main story or if all the accompanying activities prepared by the developers are included at that duration. However, it would certainly be a real treat for fans of the series, as the 2018 God of War offered “only” about 32 hours, including elective assignments and finding collectibles.

As we said, God of War: Ragnarök was presented at the PlayStation Showcase held on September 9, and it could go on sale only next year.

How Can Kids Have a Good Command of the Concept of Parallel Lines? 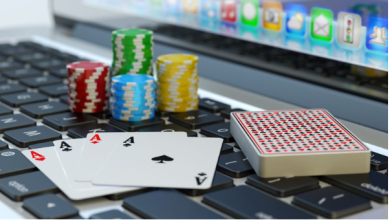 Some Of The Best Virtual Australian Casinos 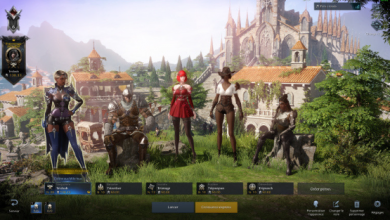 The Raiders of the Lost Ark is a science fiction film 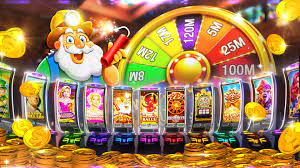 How High Can the Online Slots Jackpot Be? 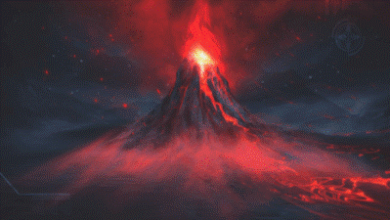