Google unusual traffic captcha might get overwhelming and become a bee in a bonnet.Are you tired of filling the captchas again and again just to perform a single search query in google.We’ve the proven fixes for this irritating error.Read this guide to end to have the effective google unsual traffic fix.

What does it mean when Google detects unusual traffic?

Sometimes while googling the browser, it shows a message that “google unusual traffic is coming from your network” this could happen because your device is sending suspicious searches(traffic) from your IP address. This could be happened due to any virus or software.

Many people use robots or search scraper for data scraping and mining Google detects this as google unusual traffic and applied security measures to protect itself against other server attacks, DDoS, and SEO rank manipulation. In that case, google shows a reCAPTCHA that asks you to verify you are human nor robot.

Generally, software or robot can’t solve this reCAPTCHA and the process gets block many websites use this method to prevent web scraping, malware attacks, and data leakage.

This solution is applicable to any below query:

However, there are many other reasons cause Google Unusual Traffic let’s discuss them:

Reason Why google unusual traffic happened and how to solve it:

One of the common case browsers flag you when you try to search too many things at once. Google detects it and counts it as spam and flags them automatically.

You might be thinking of “why is google asking if I am a robot?” , is because that when unusual traffic is triggered in google servers, it might flagged as spam which might be a reason of bot attack or something that is labelled as robot.

Most of the time VPN cause google unusual traffic. When VPN is active it re-routes your traffic to hundreds of servers, but it also routes traffic from other VPN subscribers through the same servers.  Much like you are using a public network or public computer (same network – same IP) that also cause limits your search.

To get rid of it try to disconnect your VPN or change the server.

Similarly, if your network is shared as public IP address like you are using a public Wi-Fi or network which results in your google unusual traffic and limits your search queries. It also happens when multiple people are searching from the same network at once.

Malware is a malicious program that automatically installs in your device without your acknowledgment, there are 9 types of malware like Virus, Torgan, worms, etc. Some malware causes Google unusual traffic. To get raid from then scan your pc with windows defender you can find it in setting < Windows Security < Virus and thread protection. First, update your defender system (check for updates) and then click on Quick Scan or full scan or you can use any 3rd party malware scanner like hitman pro, Avast, and IO-bit, etc.

Web scrapers are Web scraping, web harvesting, or web data extraction. Data scraping is used for extracting data from websites. Many websites have a very large amount of invisible data these tools are used to monitor sports stats, stock prices, company contents, etc. Then it exports data in form of a sheet or API (Application Programming Interface).

Usual google flag you because using these tools is also considered illegal. Many companies use these tools to test their website but they are not like others to use against them.

Always careful before installing an extension, using 3rd party extension or unauthorized extension, this could also trigger Google’s unusual traffic. This extension can also be harmful to privacy it can steal your data and breach your privacy.

If your network using google unusual traffic captcha will be shown, this reCAPTCHA code occured to limit your search, this error message is normal and to reassure that you are human nor a robot that you are not abusing the network. In this case, just check reCAPTCHA that “I’m not a robot” and go for your search.

Restart your mobile, computer or device can also work, if you are using Wi-Fi then reboot your router to solve this issue. Multiple search queries with the same IP might be recognized as google unusual traffic. Restarting your router can fix this issue as it will change your IP address.

Google unusual traffic is one of the most irritating issues which can get overwhelming and a hurdle in your seamless working. So ultimately we have to show Google that you are not a spammer or a bot by changing IP address or following another strategic approach featured in this guide.

Due to some tools use to drive free bot traffic and related tools can cause unusual traffic.

Even after applying above fixes , you’re getting this issue.Leave a comment with your issue , we’ll try our best to respond to you.

Why you should have iTop VPN 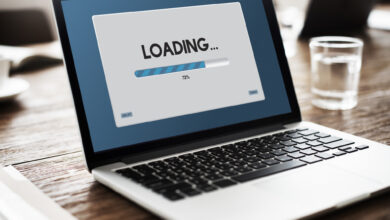 The Different Types Of Laptops Explained 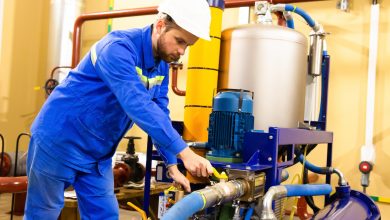 Reliability Centered Maintenance: 7 Questions That Need To Be Asked 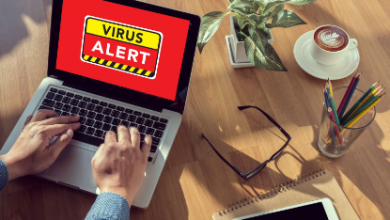 What You Need To Know About Ransomware