There are many different approaches to building modern web apps, and almost all technologies and frameworks are more than capable of powering your website efficiently. However, suppose you are truly looking to build a robust, powerful, secure, and scalable website. In that case, you should be more selective and pickier with the framework you entrust your web project with.

You should consider two of the most reliable, time-tested, and promising web frameworks Ruby on Rails and PHP. Both these frameworks can power your modern web app but follow a different approach to attain that goal. Let us understand the Ruby on Rails vs PHP differences to get a better insight into which framework is more suitable for you –

PHP is a general server-side scripting language embedded in HTML. It started as a small open-source project that grew with time as people realized its potential and started using it for their projects. The first version of PHP dates back to 1994. And the fact that this web app framework is still relevant is proof that it is one of your best bets for developing an impressive web app. The main purpose of PHP is to develop secure and powerful web servers. PHP can run on browsers as well as on the command line.

Why is using PHP a good idea?

PHP can handle many server-side scripting tasks like receiving data from forms, coordinating and functioning with databases, sending emails, managing cookies, and generating dynamic page content. PHP also focuses on security by providing hashing functions for encrypting users’ data; hence it is a secure and reliable web app platform. What’s more? PHP can run on all major OS such as macOS, Windows, Linux, and more.

Pros and Cons of PHP

Every web app framework has its benefits and limitations. Here are some of the important pros and cons of PHP you should know about –

What is Ruby on Rails?

Ruby on Rails is an open-source web app framework written in Ruby programming language. To understand Ruby on Rails, it is essential to get a clear understanding of Ruby.

Ruby is an open-source, object-oriented scripting language invented around the mid-90s in Japan. Unlike other popular languages like C and C++, Ruby doesn’t directly interact with hardware. It is written as a text file parsed through an interpreter and then changed into code. The true object-oriented development approach means that the code can be broken into objects per the project’s needs and reused to speed up the development process. It uses simple syntaxes for handling data and complex logic for solving issues in web development.

What is Ruby used for?

Ruby is generally used for –

What is Ruby on Rails?

So, we understand the importance and capabilities of Ruby as an excellent programming language. However, to truly leverage the best features of Ruby, you should hire Ruby on Rails developers that know how to integrate Rails with Ruby as it is one of the most efficient web app frameworks.

Why using Ruby on Rails is a good idea?

Rails enhance and empower Ruby. Ruby on Rails comes with pre-existing Ruby code for important features such as database connection handling, file handling, and communication. It solves the repetitive and mundane processes so developers can focus better on other problem-solving matters. It is based on the DRY principle – Don’t Repeat Yourself.

Who uses Ruby on Rails?

Millions of websites use Ruby on Rails; however, some of the noteworthy ones are –

Pros and Cons of Ruby on Rails

Using Ruby on Rails for your web app project has many upsides and downsides. Carefully understand them all to see if ROR is suited for your requirements or not –

Pros of Ruby on Rails

Cons of Ruby on Rails

Ruby on Rails vs PHP – Understanding the differences

Now that we understand both the server-side platforms well, we should see how they fare against each other on important web app development metrics –

PHP is a programming language, whereas ROR is a web framework based on the Ruby programming language. Ruby on Rails has decent performance, and the code is concise and easy to understand. It follows coding best practices and has a reliable architecture. In contrast, PHP performs better overall, but only when the code is well written. Hence you need skilled developers that are experienced and credible. You should hire PHP developers from a trusted and experienced IT firm if you choose PHP for your web app project.

2. Platform Stability and Ease of Maintenance

Both PHP and ROR are built with scalability in mind. But since PHP is a programming language, it needs additional resources compared to PHP, which can cause troubles or hindrances in the overall project scaling process. ROR follows DRY and MVC patterns that safeguard against fluctuations and code irregularities, making the platform more stable and reliable. PHP gives too much freedom to the user and doesn’t bind them by rules, so the overall stability depends on the developer’s expertise.

Ruby on Rails has a higher learning curve as its programming language can be a little more complicated than others. However, once you get a gist, the web app framework is very useful, especially from a design aspect. On the other hand, PHP is easier for beginners to grasp, and there’s enough rich documentation or supporting content on the internet to learn PHP.

ROR is a mature framework with many rich and capable development tools. The tools and other assets can mostly keep up with modern web app requirements and are updated fairly frequently. On the other hand, PHP has a rich repository of CRM, libraries, and web frameworks to choose from. Hence you can easily find custom PHP tools that best suit your project’s testing, development, and other requirements.

ROR is younger than PHP, but it is still a mature framework and has amassed a strongly knitted, large-sized community; however, PHP has set its roots way better with several libraries, tricks, tips, forums, and solved issues threads available easily for developers to make use of.

Both frameworks are great for web app development projects; however, if you’re looking for more freedom and trust in your development team, you can leverage PHP, whereas if you are sure about your project requirements and ROR checks all boxes on your requirement list, it is worthy of your consideration.

Why Accounting Is Important In Trucking Services 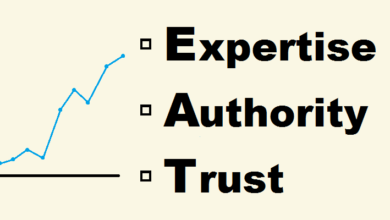 Google’s EAT Principle Could Give You Nightmares! But There Is A Way Out 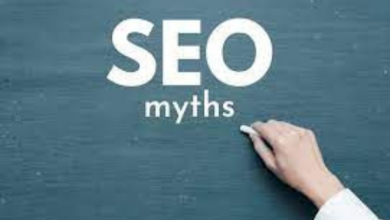 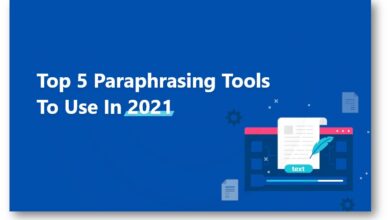 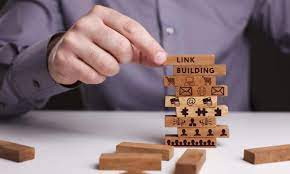 Tips to Get Exclusive Backlinks to Your Website in 2022