According to research, the DIY market is worth a staggering $798 billion. This is no surprise as more and more people are looking for ways to save money by doing things themselves. However, some tasks are best left to professionals, and one of those tasks is plumbing.

Many people think they can save money by not hiring a plumber and trying to fix the problem themselves, but this is often not the case. While some plumbing problems can be simple DIY projects, others definitely require professional help. So how do you know when it’s time to call a plumber?

In this blog post, we’ll discuss some of the most common plumbing problems and when it’s time to call a professional. We’ll also provide some tips for avoiding plumbing issues in the first place.

You Have Frozen Pipes

If you turn on your faucet and only a trickle of water comes out or, even worse, no water at all, then you likely have frozen pipes. Frozen pipes are not only a plumbing problem but can also lead to much bigger problems like burst pipes.

Burst pipes can cause major water damage in your home, which can be very costly to repair. If you think you have frozen pipes, you must call a plumber immediately.

A professional will be able to thaw your pipes safely and quickly before they burst. They’ll also identify any other potential problems that could lead to frozen pipes so that you can avoid them in the future.

You Have Dripping Faucets

According to research, a single dripping faucet can waste up to 15 gallons of water per month, about half a gallon per day. This is not only a waste of resources, but it can also end up costing you money on your water bill.

If you have a leaky faucet, it is crucial to determine where the leak is coming from. If the leak comes from the base of the faucet, it’s most likely due to a worn-out washer.

In most cases, you’ll be able to replace the washer, O-ring, or packing nut. However, if you cannot determine where the leak is coming from or if it is getting worse, it’s time to call a professional.

You Have a Clogged Drain

One of the most common plumbing issues is a clogged drain. Clogged drains can be caused by many things such as hair, soap scum, grease, and food particles.

In most cases, you’ll be able to clear a clogged drain yourself using a plunger or a plumber’s snake. However, if the clog is severe or if you’re unable to clear it, it’s time to call a professional drain cleaning service.

They’ll be able to quickly and easily clear the clog and get your drain working properly again. They’ll also be able to identify potential problems that could lead to future clogs.

You Have a Soggy Basement

A soggy basement is never a good sign. If you have water seeping into your basement, it’s time to call a plumber. This is especially true if the water is coming in from an exterior wall or through cracks in the foundation.

Leaking basements are serious business and should be taken care of as soon as possible. For instance, it could be caused by a clogged or broken sewer line.

A sewage backup is a serious health hazard and should be considered an emergency, so call a plumber immediately.

You Have a Running Toilet

A toilet that won’t stop running is one of the most frustrating plumbing problems. Not only is it a waste of water, but it can also drive up your water bill.

There are several things that can cause a running toilet, but the most common is a faulty flapper. The flapper is the rubber seal that covers the hole at the bottom of the tank and allows water to enter the bowl when you flush.

If it isn’t sealing properly, water will slowly leak into the bowl, and you’ll hear it running. Another common cause is a corroded overflow pipe.

The overflow pipe is the small pipe that sticks up in the center of the tank and prevents water from overflowing if the flapper fails. Any of these issues need the expertise of a professional plumber.

You Have Burst Pipes

If water is spurting out of a pipe or flooding your home, calling a plumber is the best course of action. This is a plumbing emergency, and it requires the attention of a professional.

When a pipe bursts, water will quickly flood the area, and this can cause significant damage to your home. Burst pipes can be caused by several things, including:

A burst pipe can cause extensive damage to your home, and it’s important to act quickly to minimize that damage. Turn off the water at the main valve and then call a plumber. They’ll repair the pipe and prevent it from bursting again.

There Is No Available Wate

If you turn on the faucet and no water comes out, that’s a clear sign that there is a problem. Several things could cause this, but the most common is a broken water line, including:

If you have a broken water line, it’s important to call a professional as soon as possible. This serious problem needs to be fixed before you can use your plumbing again.

Signs You Need to Call a Plumber

There are several different situations when you need to call a plumber for your home. If you have a sewage backup, a running toilet, burst pipes, low water pressure, or no water, it’s time to pick up the phone and call a professional.

A plumbing problem can quickly become an emergency, so it’s important to act fast. The sooner you call a plumber, the sooner they can assess the situation and start working on a solution.

If you liked this article, please check out our other blog posts for more helpful tips and advice.

A List of Google Products Your Business Can Use

A Look at the Best Islands to Visit Near Florida 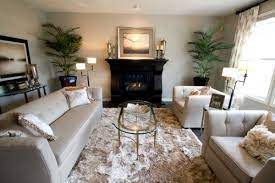 Top tips for enhancing the sound quality in a room How to Clean Granite 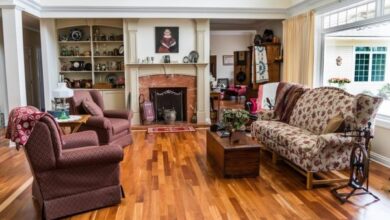 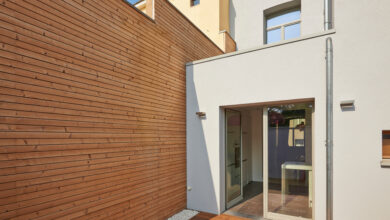 Top Tips for Building an Extension