I get it; it doesn’t seem like a brand-new lamp to you, either. That was my first reaction when I saw it. I was mistaken, however. It’s a brand-new torch, yet it looks quite similar to the Olight i5T EOS and the i3T EOS. While there are a few other subtle modifications, the increased output, and extended low-power duration are the two most notable differences between the two i5 models. The rubber switch boot is now a little more “grippy,” the clip is a different color, the tail cap is knurled, a 2.4V battery is used, and other improvements have also been made.

Construct Stability and Ease of Disassembly

The very act of picking up this lamp made me feel like I had already written about it. On the other hand, I haven’t tried anything but the Olight i5T EOS. I’ve done it twice, in fact; check out the brass i5T EOS and the aluminum i5T EOS I made. In the end, the i5R and i5T aren’t that different from one another in terms of build quality or anything else. The i5R differs in that it has a lithium-ion battery operating at 2.4V.

Just with the i5T EOS, the protruding switch makes it impossible to tail stand the i5R EOS EDC flashlight without assistance. Looking at the LED via the reflector of a flashlight may often reveal its manufacturer. With the i5R EOS, though, I’m stumped since I have no clue what kind of LED it is. There are no visible cues, such as bond wires or a distinctive LED base design. The beam’s hue is rather close to the neutral midpoint of the color spectrum. While Olight often employs cold white emitters to achieve maximum output, the i5R most definitely does not include such an emitter.

A two-way friction fit clip is supplied for convenient carrying. This one’s gold hue works nicely with the rest of the structure. While I’m not a huge fan of two-way video in general, this isn’t the worst example I’ve seen. There isn’t much of it (noteworthy because the bulk of these two ways is one big complaint of mine).

I have previously gone into detail regarding the included cell and how it powers the Olight i5R EOS Plum flashlight. Despite the name, this is not a 14500 lithium-ion battery. They might be effective, but we don’t endorse or promote them (ie they might fry your electronics or they might be fine – do you want to risk it is the question.)

However, there is still something more that bothers me about this cell. As a result of being 2.4V, it cannot be charged in standard bay chargers. To power it, you’ll need a USB-C cable. While it’s true that most USB-C cables and power sources should function, and that most of us presumably already have a few of each on hand, it’s still inconvenient to be limited in this manner.

Functionality and Ease of Use

The Olight i5R EOS Plum flashlight just has one button. There’s a motorized tail with a rubber cover that’s quite proud of itself. One can immediately tell that it is of high quality in terms of touch.

In an odd twist, it seems to have hard exterior surfaces and a soft, stippled inside contact point. The stippled center bit and firm edges make it comfortable in the hand, and the motion is silky smooth. All of the action is excellent. The language is easy to understand and highly clicky.

The Olight i5R EOS Plum is a fantastic everyday carry flashlight. I like that it has a lithium-ion compatible battery and a dual-chemistry design. However, I’m puzzled as to why you’d use a specialist 2.4V lithium-ion battery rather than a standard 14500 cell. Still, if plum is your thing, I can attest that it looks much better in real life. We also get good results in terms of illumination.

How to Make the Most of a Home Workout 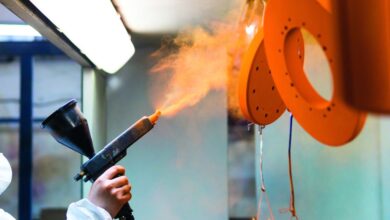 Prepping Your Surface for Powder Coating

Why you should have iTop VPN 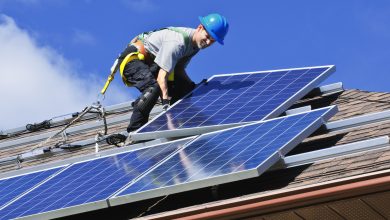 The Life Expectancy of Solar Panels on the Roof 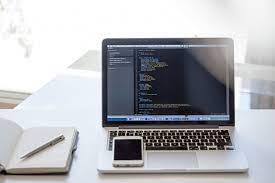